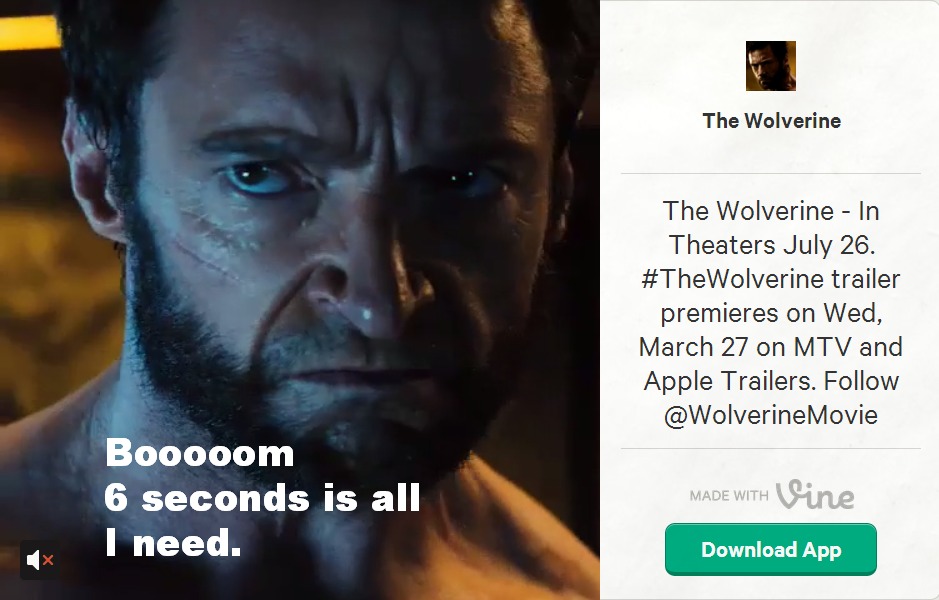 Seems Hollywood has realized nothing leaves people wanting more like a great Vine…. It may very well be the coming of age of a new marketing medium for video-based content. – TechChrunch

The Hollywood playground has clearly spotted a trend and want to keep in the game by using this brilliant new method of connecting with fans and promoting movies. This is a game changer. What are you doing to keep up? If you have not got a Vine going, then you wanna be sacking somebody in your social marketing department for an incompetent lack of vision, they probably still update MySpace, idiots.

What is great is that the clip keeps on playing in a loop, so in one minute you are able to watch the same moronic tweaser 10 times. This is ace, I only wish all trailers could be done like this. They say it takes 7 seconds to make a first impression, Vine only gives you six seconds to make one. Boom. Now that is next lev thinking.

One thought on “The future of movie trailers has arrived, and it’s annoying.”